I’ve been writing a lot about mindfulness lately because I think it is so important for us ADHDers. And, yes, we can talk about meditation, yoga, certain forms of exercise, breathing, and countless other forms of mindfulness. But what do we really mean by mindfulness? To me, what we are talking about is being present in the moment.

This is one of those areas where ADHDers are mystifying to the rest of the world because we are one of two things that happen to be diametrically opposed. Many of us are going a mile a minute and are never really present in the moment. These ADHDers are always on to the next thing. They often forget what they’re doing, lose things, and don’t finish what they start. It is as if they are constantly being thrust ahead by a jet stream current that only they can feel.

But there are also ADHDers who are obsessively in the moment. They are like giant toddlers. The experience time as: yesterday, right now, and… later. And, all that really concerns them is right now. They don’t, won’t, or can’t plan for the future. As a result, they are often late, missing, or unprepared.

And, I don’t know, it may take an ADHDer themselves to realize that these two profiles can even be of the same person. These behaviors can exist simultaneously or at alternating intervals within the same ADHD brain. We are not all the same. And we are not the same all the time. This can be one of the hardest things for the world to understand about us, and a hard thing for us to know about ourselves.

So, am I just pointing this out in the hopes of creating greater self awareness? No. I have been building up to articulating a proposal for a solution over the past several months through my client work and through my writing. This is my first shot at writing it down in a cohesive way. I’d appreciate any concise feedback about how much this makes sense.

My theory about one important thing we need to do to be successful as ADHDers is to effectively balance being firmly rooted in the present moment, while constantly being aware of what is coming next. It is mindfulness, but beyond mindfulness. It is not impulsively moving on to the next thing, but keeping the vision of what the next thing is and while going slower making better decisions about what that next thing is. It allows us to follow through in the moment and actually finish things. But then it allows us to optimally transition, a thing that we struggle with, to the next task… along down the line. When we become more aware that life exists beyond the here and now, we are more likely to plan. When we slow down, we are more likely to execute that plan.

Practically speaking, this means making a plan in the first place. I’ll write more about that soon. That way you always know what’s coming next. So you can devote 95% of your mind to what you are doing and 5% is already thinking about the next task. The transition has already begun in some small way. (Random % numbers brought to you by my imagination!) If you always know what’s next, it’s hard to “lose time.” LIke I said, I’d appreciate thoughts. I’ve got more on this. It’s just not fully baked yet. I’ll let you know when it’s out of the oven.

Standard Disclaimer: In an effort to foil my own perfectionist tendencies, I do not edit my posts much… if at all. Please excuse and typ0s, Miss Steaks, grammatical errors, awkward phrasing. I focus on getting my content out. In my humble opinion, an imperfect post posted is infinitely better than a perfect post conceptualized but unfinished. 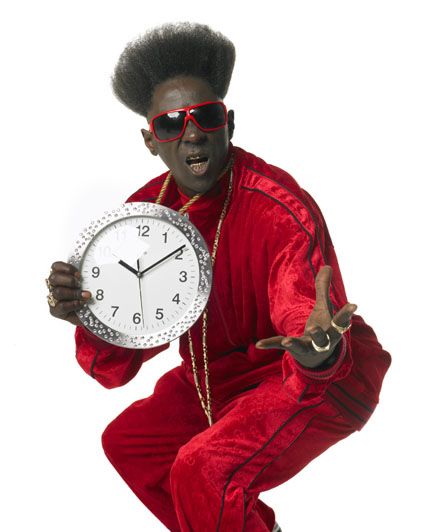