First of all, let’s talk about how awesome Brussel Sprouts are… Very awesome! They are one of the things that I never liked but forced myself to keep trying when I was a chef. And, it really didn’t take too long to start liking them and then really liking them.

How to buy: Pick sprouts that are medium sized, not much bigger than a quarter in circumference. The bigger they are the tougher and less flavorful they are. Small ones are delicious, but they take more time to prep. Also try to pick ones that are all roughly the same size. That way they will cook evenly. If you don’t like Brussel Sprouts I think there is a good chance you’ve only had them either overcooked or undercooked. If they are radically different sizes, you might get both in the same plate.
How to cook them: There are many ways to cook Brussel Sprouts. I had an amazing bowl of Buffalo-style Sprouts at the East Coast Grill many years ago. But my go to on a Tuesday night is…
1. (When prepping) Cut the bottom off and cut in half lengthwise.
2. (Optional.) I like to toss them in a bowl with just enough oil to coat and season with salt and pepper. I think you get a nice even seasoning that way.
3. Sear them, flat side down in a hot pan with olive oil until golden brown on the flat side.
4. Add a small handful of Craisins. (Golden raisins would work too and if you wanted to get crazy throw some pignoli (pine nuts) in too.)
5. Toss, add a little bit of water, maybe 3 T if you’re working with a 14″ pan, then cover with a lid. (or the bowl you tossed the Sprouts in.) The goal is to have enough water to steam them for about two minutes until they are “al dente” but not have any water left over in the pan.
6. Serve and enjoy. I even like them cold the next day as a sort of antipasti.
If prepped as discussed and pictured, fresh Sprouts should last at least a week in the fridge. And even if they get a bit oxidized, they’ll still cook up fine. 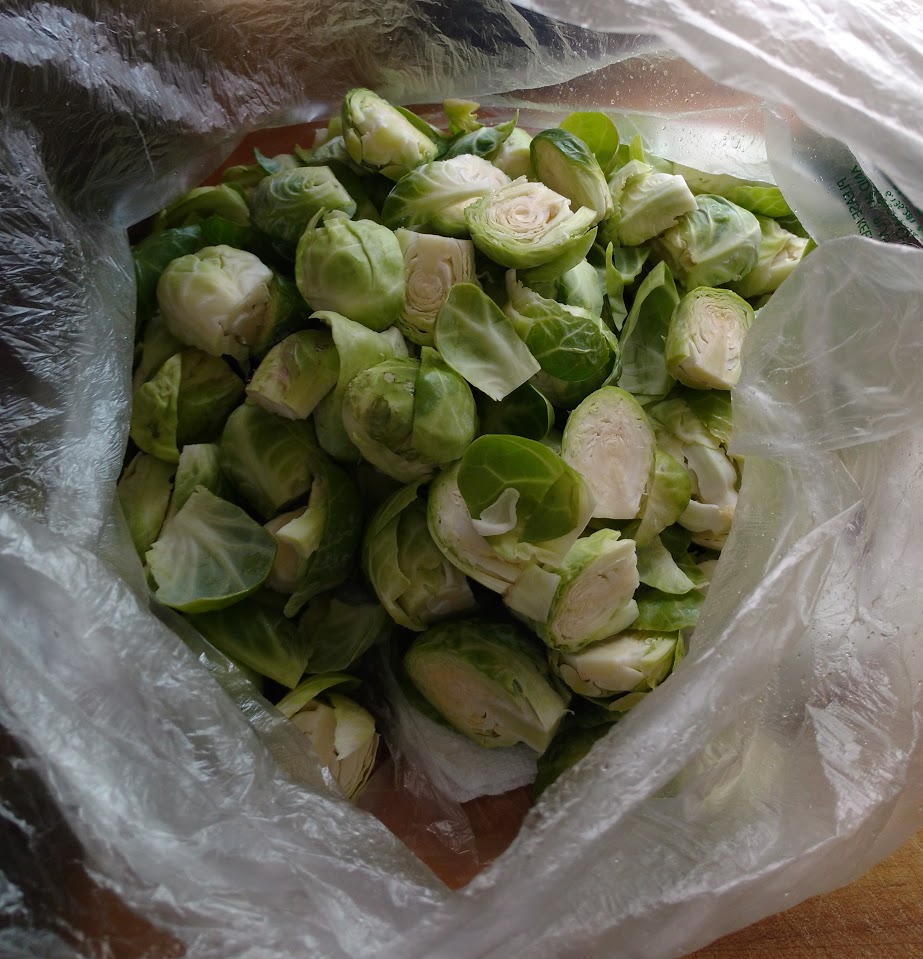 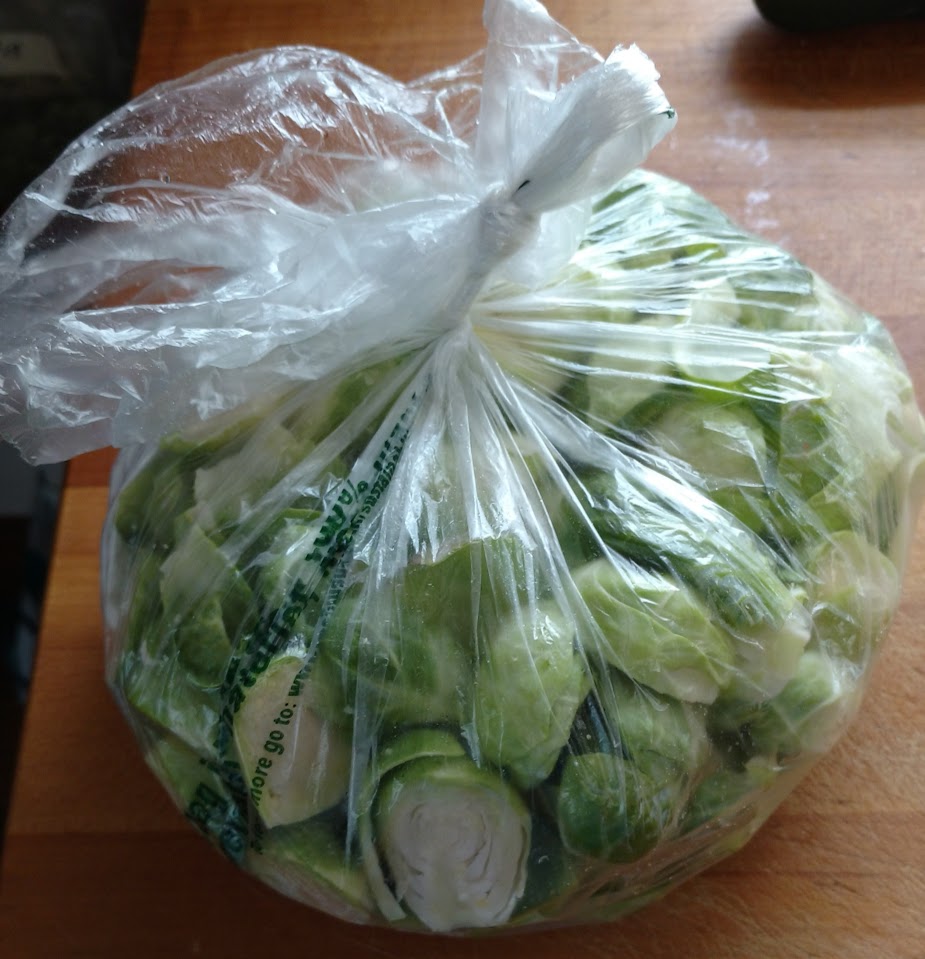