I will be the first to admit that I have poo-pooed the smart watch since day one. My general feeling is that they are so much unnecessary digital flotsam to distract ourselves from reality. But…

I have a relatively new client who has made me open my mind to the idea of a smartwatch being a useful tool for the right type of ADHDer. Like myself, he uses his phone for many useful things, as a tool. But he has a tendency to get distracted by its many features and to go down lengthy rabbit holes. I know that will ring true with many of you.
So for him, the beauty of the watch, at least so far, is that it does the bare necessities without being the opportunity for too much more.
So, I’m pretty sold on his use of the watch. It seems to really be working for him. I would put the caveat that I don’t think this would work for all ADHDers. Some folks would take our their phone’s anyway and can’t resist it’s magnetic like pull. But if you are the type of person who is close to being able to use your phone as a tool, not as a toy but get sucked in in that moment of weakness when using if for something productive, maybe the smartwatch is for you?

Standard Disclaimer: In an effort to foil my own perfectionist tendencies, I do not edit my posts much… if at all. Please excuse and typos, mistakes, grammatical errors, or awkward phrasing. I focus on getting my content down. In my humble opinion, an imperfect post posted is infinitely better than a perfect post that goes unfinished. 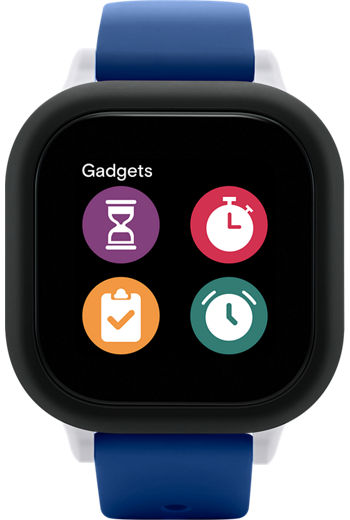