Kind of a dramatic title, huh? Well, this is a follow up to my post from July 20th. Apparently I’ve been marinating on that topic and have more to say. Would it be cliche to admit that I figured some stuff out in therapy this week? Maybe less so if it was family therapy? Well, cliche or not, it’s true. And, I’m actually going to quote our family therapist, who is great, but who will remain anonymous. Because she apparently did some marinating on our session and sent me an email afterward that really put into focus what I had some of what I had been trying to articulate.

This might come off as a little bit “complainy.” So bear with me. I do think I’ll end up at a point worth making. As I pointed out in my previous post in July, more and more dads are doing the “primary parent” thing. And, I’m talking about the stay at home dad. That’s a very different dynamic. Yes, it presents its own challenges, much the way it did/does for stay at home mom’s. And, now that I’m writing this, I imagine that those dads suffer from a lot of the same issues that I’m about to enumerate. But, it’s still not quite the same. Plus I don’t presume to have the frame of reference to speak for those dads.

What I’ve come to realize is that I’m doing all the thankless, behind the scenes, bullshit, logistical, day-to-day work of making this family and household run. Traditionally that’s the mom’s role. Traditionally, the parent who works outside of the home and/or works more hours / is the primary breadwinner gets to come home and be Mr. Fun… because it’s usually the dad. But in that traditional dynamic, the “bad guy” who’s at home grinding it out, is still mom. Who do they want when they are sick or when they skin their knee? Mom. I feel like my wife gets to be Mrs. Fun and she gets to play the mom card. You should see how the kids run from the dinner table to hug her when she gets home from work. I’m just the guy who did the food shopping, made dinner, set the table, hassled them to not eat like animals, and… you get the picture.

And then I got a very supportive and interesting email from our family therapist which added yet another layer of understanding on how I felt alone and unsupported. (Though for the record, none of this is a reflection on my relationship with my wife. She is amazing. She works tremendously hard for our family and jumps right into home stuff when she’s here. It’s just that her work is demanding and she is not here frequently.) Anyway, this is what our therapist said,

“I wanted to also acknowledge that as we discussed, often the behind the scenes of parenting (task management, mental load, executive functions of the family/ household management) falls on the mom (and thankfully more and more dads). However, because of that history, there is more support, comradery, commiseration and collective sense of ‘team’ between women in that role. I see constant memes on my social media about the weight of the unsung hero, the mental load of moms and moms cheering each other on, picking each other up and venting to one another. It struck me after seeing one of these following our session that despite the same draining challenges that same community support doesn’t exist for dads (that I am aware of or have seen). It’s more of a suffering in silence situation and I just wanted to acknowledge that. The sense of community from moms in the trenches together does end up being an unexpected support system. I wish Dads had that too because it seems to help to not feel crazy or alone in the chaos.”

I have to say I’ve read her email a few times now. And, it feels really good to be acknowledged. Even if I’m suffering in silence, it feels validating to know that I’m heard and understood. Don’t know if I ever thought I’d be saying/writing that.

But you may be asking yourself what does this all have to do with ADHD? This is an ADHD blog right? Well, there are two answers to that. The first is that the role I play in my household very much goes against type. I’ve made a career out of managing my ADHD, mastering executive function, “passing” as a neurotypical in many areas of my life, and teaching the skills I’ve learned to others. But that doesn’t mean that being this version of me isn’t exhausting. It doesn’t mean that I like cooking, cleaning, doing laundry, scheduling playdates, taking kids to therapy, chauffeuring kids to activities, going food shopping, mowing the lawn, fixing the light fixture in the kitchen, and on and on and on. Of course, I’m not saying that most people love doing that stuff. Sure, most people don’t love that stuff. But the toll that load takes on those of us with ADHD is disproportionate to our neurotypical peers.

The other way this is relevant is that this blog is also about raising kids with issues. If you’ve got ADHD there’s an 80% chance you’ve got at least one comorbidity. (If you don’t, check again… or just wait!) And, ADHD is about 85% heritable. I’m not going to do the math. But you are super likely to have a kid with at least one issue that makes your parenting life harder. See how I just made it about you! Neat trick, aye. So managing your “bandwidth” while taking care of a kid or kids with their own unique needs will always be a challenge. I think I’ll leave it at that and line up another post about the idea of getting our own needs met while meeting the needs of our unique kids… as soon as I sort all that out in therapy.

Standard Disclaimer: In an effort to foil my own perfectionist tendencies, I do not edit my posts much… if at all. Please excuse and typos, mistakes, grammatical errors, or awkward phrasing. I focus on getting my content down. In my humble opinion, an imperfect post posted is infinitely better than a perfect post that goes unfinished. 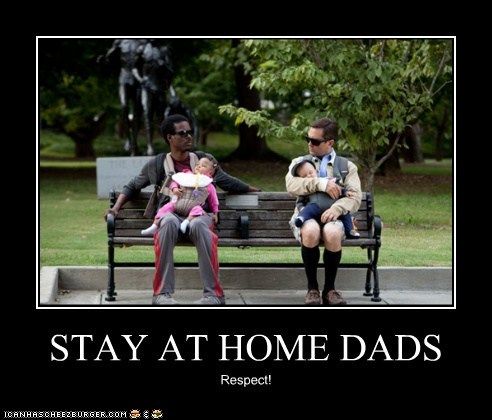