My eight-year-old is a fantastic kid. But his attention is challenged, especially in the morning and evening when he’s not on his Focalin. I was getting frustrated with reminding him about everything he had to do as part of his routine. And, my nagging him wasn’t ideal for our relationship. So, we decided together that creating and posting checklists would be a good idea. We made a draft together (when he was medicated.) Then I typed them up on colorful paper and posted them in his room next to the door, on the wall in the bathroom, and downstairs on the corner of the TV. It’s a new system, but so far we’ve had pretty good progress on most days. 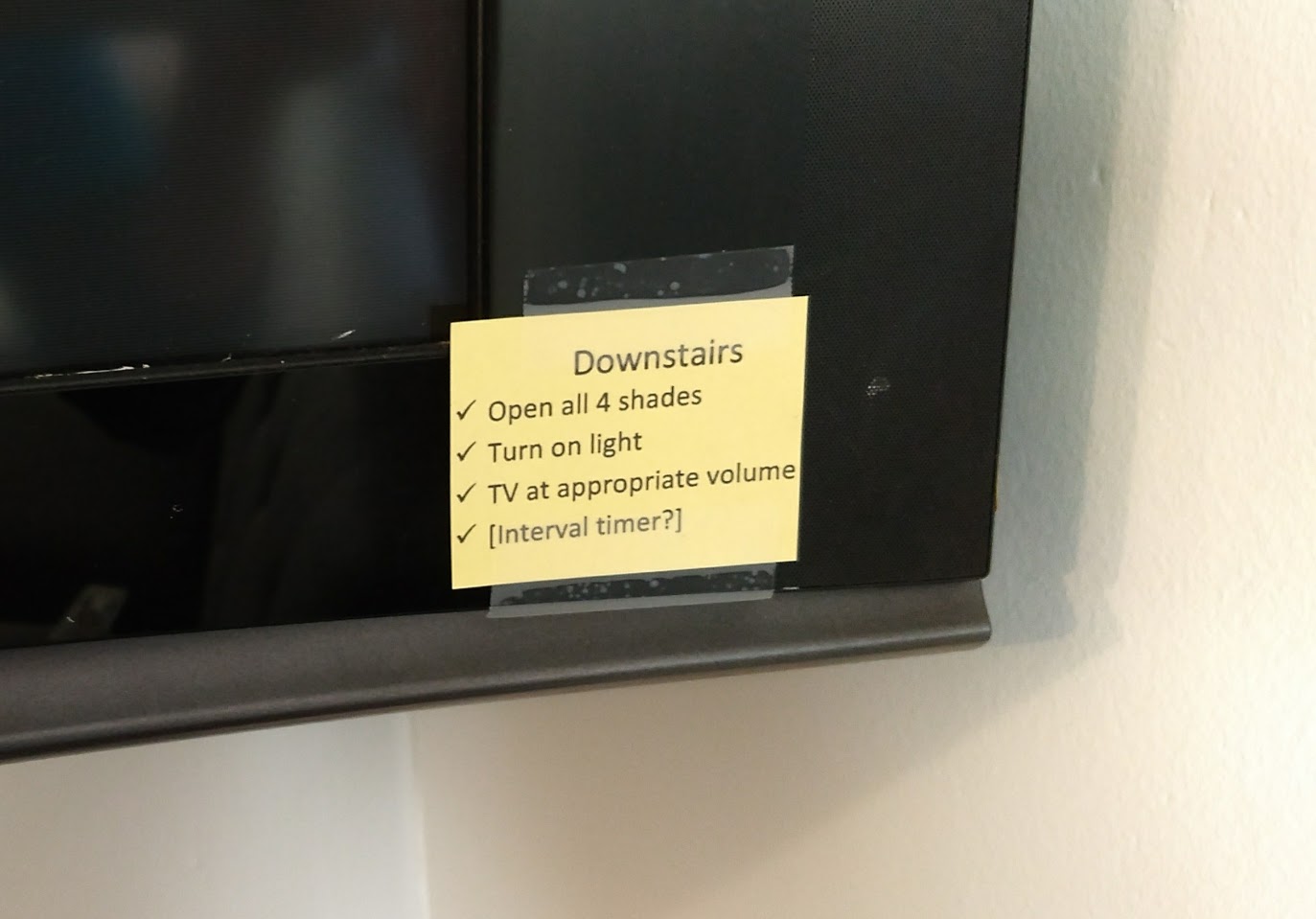