Legos are possibly the most annoying thing in the world to organize. They defy categorization and are basically impossible to put away in any meaningful way.

What to do with the completed sets? That depends on if your kids actually play with the sets once they are assembled.
If your kids do play with them, what do you do with half assembled sets that have been semi-destroyed by said play?
And, if your kid has ADHD, what do you do with the 8 – 10 half assembled sets that he/she “is going to get back to and finish late?”
The first step is to consolidate the legos into one location. I’ve been slowly getting them all into my son’s room for over the last few months. He used to put them together in the basement because if he did it anywhere else his little sister would destroy them. But he never wanted to go down there. It’s not really finished… okay it’s not finished at all. So, once we got them all into his room, the legos were everywhere. They were like sand on the beach.
I finally settled on a three part system that put together three previous systems for lego organization that were all semi-successful.
Happy building! 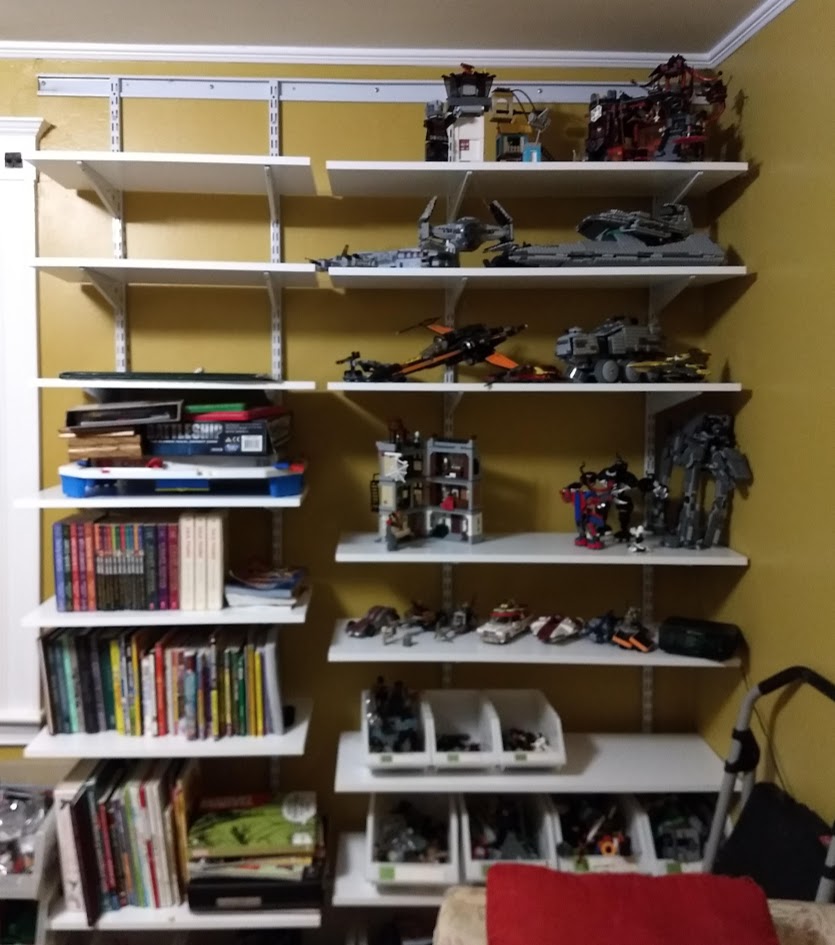